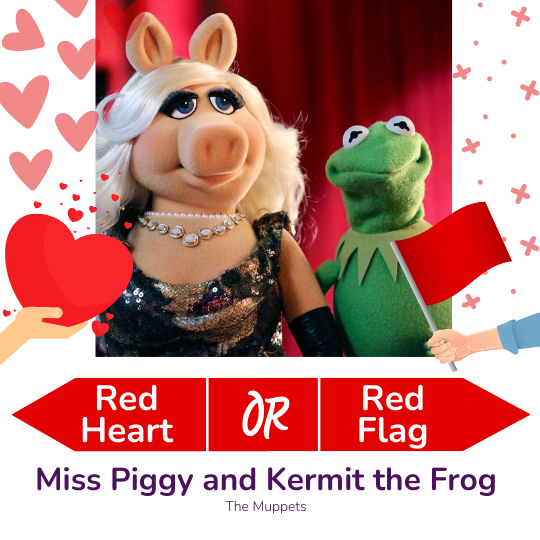 Violence is Never Funny: Miss Piggy and Kermit the Frog

Prior to their very public break up in 2015, the relationship between Miss Piggy and Kermit the Frog was a staple of media culture. However, in all the four decades worth of discussions about their relationship, very little focus is given to Miss Piggy’s behavior toward Kermit.

*Gifs depicting the abuse are in this article, please do not read further if you might find it triggering*

A quick YouTube search results in dozens of clips of Miss Piggy physically attacking Kermit for even speaking to another woman. However, her signature “hiii-ya,” uttered just before attacking Kermit, always elicits laughter from the audience and overshadows the severity of her aggression.

While it may seem silly to analyze the relationship between a cartoon pig and frog, their relationship demonstrates how abuse against men is minimized.  According to the Center for Disease Control (CDC), 1 in 7 men will experience domestic violence within their lifetime. Unfortunately, the shame and stigma around abuse makes men less likely to seek services.

“While the domestic violence movement took hold during the women’s movement, we are realizing more and more that this dynamic can impact anyone regardless of gender identity or sexual orientation,” explains Stephanie Klotz, the professional training manager for JBWS.

It’s easy to excuse Miss Piggy’s violence against Kermit as “just a joke” but domestic violence is never funny. If you or someone you know is experiencing domestic violence, regardless of their gender, JBWS is here for you.