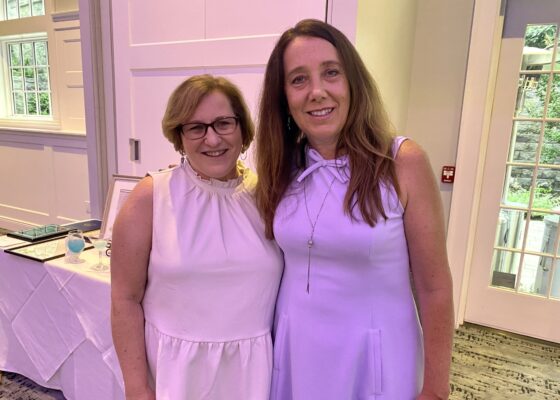 After a tenure that nearly matches that of the agency, Regina (Jeanne) Braham retired from her position at JBWS as Vice President of Communications and Community Relations after 39 years this June. When asked if she ever considered doing something different or making a career change during those 39+ years, Jeanne was quick to respond “No, not once.”

Her passion for helping others started very early on. In middle school, she wrote a report on her future career in social work, interviewing local counselors about the profession in her Uniontown, PA hometown. Later, she was inspired by a feminist professor in college to pursue a career in social work that supported women and shortly after graduation, was one of just two staff establishing a new service, a rape crisis center and hotline.

Husband David’s career as a jazz musician served as a catalyst for Jeanne’s migration into New Jersey, where the couple eventually made a home and raised two smart, strong and compassionate daughters.

“I started as an overnight counselor in the JBWS Safehouse in 1982, which provided me with an opportunity to get to know our survivors and develop a deeper understanding of the many challenges they faced,” said Jeanne.

Soon, Jeanne returned to school, earning an MSW in Administration, interned under then executive director DiAnne Arbour and developed a Community Needs Assessment that led to the creation of her role as head of the community education program. She also earned a certificate in Public Relations from New York University to add to the many results she had already obtained including media appearances to promote the newly created Teen Dating Abuse Prevention Program.

When asked which accomplishments make her the proudest, Jeanne recounted her early collaborative work with medical, law enforcement and school personnel to open the doors to education and institutional change; her work to create one of the first teen dating violence prevention programs in the country; and her time supporting and empowering survivors to write and share their stories publicly.

On behalf of the many clients, survivors, families, staff, donors and volunteers whose lives have been touched and immeasurably enriched by Jeanne, we thank you for your dedicated and selfless service and wish you happiness and good health in your next chapter.

Jeanne (l) is pictured above with Diane Williams, JBWS President and CEO (r) during the agency’s 45th Anniversary Celebration.